Are you looking for plumbing repairs in Kankakee, IL? Trust the professionals here at Home Furniture, Plumbing, Electrical, and Heating. We have been in the industry for over 50 years, and have lots of knowledge and experience to bring to your benefit. Give us a call for more information on our plumbing services. In the meantime, we thought we would go over a quick historical summary of the plumbing profession.

Plumbing as we know it has changed pretty drastically since its inception. It hasn’t always been the comfortable indoor plumbing that we have all become accustomed to. Modern indoor plumbing has come a long way over the past five thousand years. Here are some of the major advancements along the way.

The first ever water pipes used for irrigation (what could be considered a precursor to plumbing) were discovered by Archaeologists near the Indus River.These pipes date somewhere between 3000 and 4000 BC. In a different part of the world, King Menes in Egypt also oversaw a civilization utilizing canals, basins, ditches, and other irrigation methods.

Some of the first indoor plumbing systems came about in Ancient Egypt around the year 2500 BC. These pipes were made out of copper, and led into and out of the great pyramids. Egyptians believed that the dead needed food, clothing, and other essentials, which included bathrooms. In another part of the world in India, the Harappa civilization started making sitting toilets. It is unknown who created this invention, but India is the area where the oldest extant sitting toilets have been found.

Shift over to the nation of Crete in the year 1500 BC, and you will find a culture running on a much more complex system of sewage disposal and drainage, complete with underground water channels. It was also around this time that the oldest extant flushing toilet is dated, even including a wooden toilet seat.

We are not sure if this should qualify as plumbing, except as a technicality, but there is an old story that the Assyrian king Sargon the Great used the first ever shower by making his servants climb a ladder and pour water over him while he bathed.

On to the Roman Empire, where complex plumbing systems that utilized aqueducts, underground sewer systems, public baths, lead/bronze pipes first came to use. Rome’s robust aqueduct system was powered by gravity and could carry as much as 300 gallons of freshwater throughout the city for Rome’s citizens.

The first flushing toilet was designed and invented by Sir John Harrington, who created it for his godmother, Queen Elizabeth I. It was first used inside of the Richmond Palace. Sir John Harrington also created a working flushing water closet in his own home. This invention utilized a seat, a bowl, and a water cistern that was activated behind the seat.

Before any kind of indoor plumbing had become mainstream, King Louis XIV of France ordered the creation of a huge cast iron plumbing line. This line stretched a whopping 15 miles from a plumbing water station all the way to the palace fountains.

To find the first prototype for the modern flushing toilet, you would have to go back to 1775 AD and the Scottish inventor Alexander Cummings. Cummings took Sir John Harrington’s water closet and brought it a step further with a water trap. This allowed for some water to stay in the bowl after flushing, largely getting rid of the sewage smell associated with toilet use. This allowed toilets to be cleaned much more easily.

In Boston, the Tremont Hotel is the first place of its kind to offer indoor plumbing for its guests. Eight separate water closets were built by one Isaiah Rogers for the tenants. Indoor plumbing was still mostly only available for the rich at this point, but the practice of hotels offering running water for guests helped it catch on for everyone else.

For the first time ever, the main floor of the white house got plumbing in 1833. It would only have running water on the main floor until plumbing upstairs was installed during President Franklin Pierce’s term in office.

The first city to ever claim ownership of a modern comprehensive sewage system is Chicago. It built this system in 1885, which was a landmark in public indoor plumbing.

After wartime requirements drained nations of valuable copper and created a shortage, piping systems made of alternate materials came into circulation. Nowadays non metallic and plastic plumbing pipe systems are closer to the norm for indoor plumbing.

Hopefully you found this quick historical summary of plumbing interesting. When you are looking for plumbing services for your home, don’t trust just any plumbing contractor. Trust the professionals here at Home Furniture, Plumbing, Electrical, and Heating! We have over 50 years of experience performing plumbing repairs in Kankakee and the surrounding areas. For more information on our plumbing, furniture, electrical, or heating services, please do not hesitate to give us a call at your earliest convenience. One of our friendly and knowledgeable representatives will be happy to answer any questions that you may have. 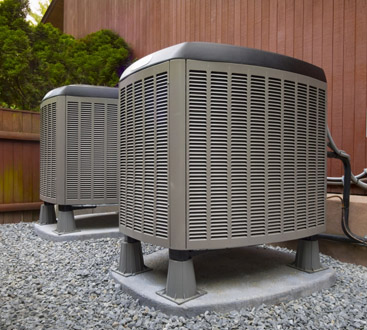 Home Furniture, Plumbing, & Heating is an ever growing business with loyal, honest, responsible and professional employees dedicated to total customer satisfaction. From a very small store on East Avenue to its present-day location at 1292 W. Station Street Home Furniture has grown to a fleet of 21 service vehicles, 12 licensed plumbers, and 32,000 square feet of showroom space, available 6 days a week for our customers’ convenience. Add Nested Row 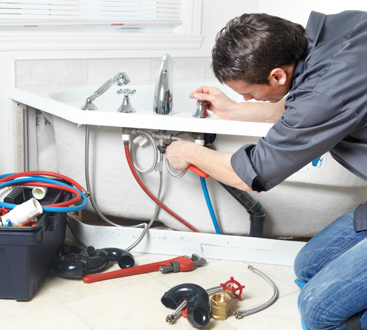